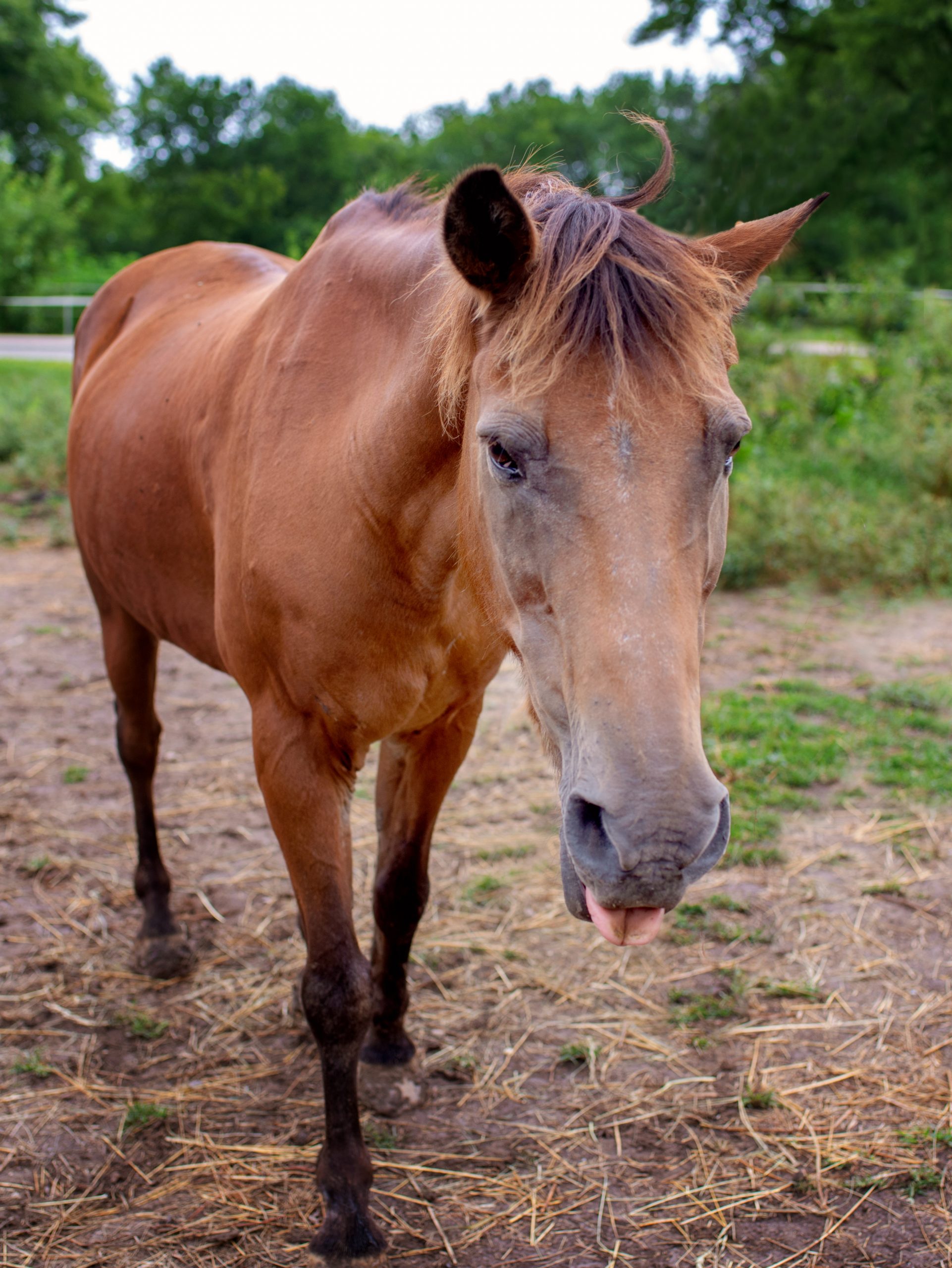 Sam was a victim of the Katrina Hurricane in Louisiana in 2006. He was found on a small piece of land that had not been taken over by water and dangerous animals (alligators, snakes, and other poisonous & dangerous animals) He was rescued by local rescue and found to be very confident in helping rescue other horses and farm animals from drowning inside barns. He would take/ swim with his rider/rescuer into barns with water more than 12 feet deep and open gates to release horses that were locked up for safekeeping. He was adopted by a local family and brought to our area in 2007. He was loved by his family for years until he was donated to HH in 2017 for educating humans about horses in his retirement years.